1.Codebehind and Compilation in ASP.NET 2.0 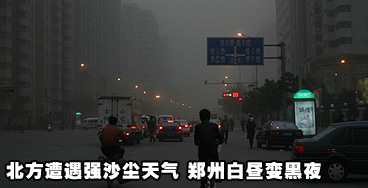 Under 30, on the Cutting Edge
This crop of fresh faces is poised to shake up the tech world. Here’s their advice to wannabe entrepreneurs
by Sarah Lacy, Olga Kharif and Justin Hibbard

Want to know what’s hot in technology? Follow the money. That’s what we did to find a fresh crop of tech’s best young entrepreneurs. We surveyed dozens of VC firms, from Sequoia Capital in Silicon Valley to Austin Ventures in Texas to Battery Ventures in Boston, to find out who’s generating buzz and getting funded — if not bought.

We then combed through the nominees to find the dozen or so people who in our view are poised to make the biggest impact on technology, be it through innovative ideas, successful business plans, outstanding products, or all of the above.

You may be familiar with some finalists. We felt we couldn’t overlook Skype’s Janus Friis, who last year sold his brainchild to eBay for a handsome $2.6 billion. Others may be new to you. Take Guido Lanza, who founded Pharmix to reshape the way drugs are developed, or Mark Spencer, whose startup Digium uses open-source software to build low-cost, multifunction phone systems. All, we hope you’ll agree, have the potential to shake up tech. Their profiles — and advice for would-be entrepreneurs — follow.

Stoppelman and Simmons rode out the worst of the dot-com bust during a stint at PayPal from 2000 to 2003, forging ties with colleagues that have since paid off. In the summer of 2004, they worked on an incubator project with Levchin, who gathered PayPal alumni to develop ideas for startups. They hatched the concept for Yelp, a Web site that lets users write and share reviews of local businesses. Levchin provided seed capital and Stoppelman dropped out of Harvard Business School to start the company.

Advice: Raise more money than you think you’ll need early in your company’s life, Stoppelman says. It will get you through unforeseen rough patches in the early research and development phase. Says Simmons: Be extremely careful with every hire and remember that the personalities will filter into every aspect of the company.

Lanza wants to revamp the slow-moving $38 billion drug-development industry. So he built a program that simulates a lab and is aimed at helping drug companies save time and money in testing. Still, Big Pharma was skeptical at first. “No one wanted to hear, ‘Here’s the computer — now throw away your chemist,'” says Lanza, who founded Pharmix and is the company’s chief technology officer. So the company used its own technology to find a new statin, used to lower cholesterol. The drug is in animal trials and Pharmix is talking to several companies about partnerships. “We’re trying to reinvent the entire process by which drugs are discovered,” Lanza says. “This is not a two-year plan.”

Advice: “It’s really a patience game, and you need investors who share a vision. Everything else comes from there. If you have investors looking for a quick turnaround, 99% of your problems are going to come from that.”

Meebo re-imagines instant messaging. The dominant IM players — Yahoo!, America Online, and Microsoft — require users to download software. With Meebo, all it takes is an Internet connection, user name, and password. It has been a hit with students, employees who are restricted from downloading software, or folks who just want to chat from a borrowed computer. Founded by Sternberg, Jen, and Wherry, Meebo carries some 20 million messages a day, and more than 400,000 people log on daily — all with little marketing. The trick will be staying ahead of the giants and making money from a yet-unproven ad-sales model.

Advice: “Surround yourself with really, really smart people and don’t be afraid to give them equity, because it’s all about the team,” says Sternberg.
Raza Khan and Vishal Garg
Ages: Both 28
Company: MyRichUncle
Funding: $29 million from Battery Ventures

Many recent college grads recall well the struggle of paying for school. Few take on the $15 billion private student loan industry in response. New York University alumni Khan and Garg had many hardworking friends who had trouble getting loans because of their parents’ income level. So they founded MyRichUncle, which considers not only income but also a host of factors traditional lenders ignore, such as major, grades, and career aims. The company also tries to match loan type to career goals, advising future teachers, for example, to avoid too much debt. In half a year, MyRichUncle has lent $22 million to 1,600 students, thanks to a $400 million credit facility by banks including Merrill Lynch.

Advice: “It’s not about how much you can make,” Khan says. “You have to be focused on building something greater than yourself.”

LiveOps combines smart business with social conscience. Trenchard’s third company, LiveOps connects companies in need of outside call centers with employees able to handle those calls. But rather than farming the work overseas, LiveOps sends it to a U.S. workforce made up of some 6,000 stay-at-home parents and other part-time workers who need or want to work from home. LiveOps itself employs over 160 people and has been profitable since 2000. Customers include Ronco Inc. and Family Link, set up by the Bush Administration in the wake of Hurricane Katrina. If LiveOps takes even a modest bite of the $350 billion contact-center market, investors will no doubt be pleased.

Digium created and supports Asterisk, one of the hottest open-source projects on the Web. Asterisk provides more calling features than traditional phone systems, but at a fraction of the cost, Digium says. The system has been downloaded hundreds of thousands of times and attracted the attention of such giants as Intel, which signed a development deal with Digium in 2005. Unlike entrepreneurs looking for a quick buck, Digium founder and CEO Spencer has stayed focused on his product and community of open-source contributors, resisting outside capital for now. Meantime, Digium is growing like a weed. Because Asterisk is available free over the Web, users get in touch only when they want or need support, letting Spencer focus on the product and partnerships.

Advice: “Speak to as many successful people as you can,” Spencer says. “You’ll get lots of advice, much of it contradictory, but your job as the entrepreneur is to figure out how it all applies to you and your business.”

Janus Friis
Age: 29
Company: Skype
Funding: Before it was bought by online auction house eBay in October for $2.6 billion, Skype raised more than $20 million from investors, including Draper Fisher Jurvetson

Friis got his start answering phones on a help desk at Cybercity, one of Denmark’s first Internet service providers. He met Niklas Zennstrom while at operator Tele2 and the duo went on to launch a batch of notable Net companies, from get2net, another Danish ISP, to the music and video-sharing service KaZaA, now the world’s most downloaded Internet software. Skype, a provider of low-cost PC-to-PC calling, remains his most successful venture to date and it’s probably not his last, says Web-calling entrepreneur Jeff Pulver. “As long as there’s a market to be disrupted, he’ll be there,” Pulver says.

Pals since seventh grade, when they met in a science class, Tseng and Schleier-Smith went to the same high school and both majored in physics and mathematics at Harvard University (Tseng threw in chemistry for good measure). The pair used revenue from a company they founded in college (crushlink, for connecting shy singles) to start an incubator that spawned Tagged. The social networking site limits membership to people between 13 and 19 — an attempt to lock in the teen market while easing parents’ concerns over online safety. Officially launched in 2004, Tagged has a registered user base of 2 million. Still, it’s a long way from nudging aside MySpace and its tens of millions.

Advice: Choose something you love and “be O.K. with uncertainty,” Tseng says. Adds Schleier-Smith: Find good mentors. When you’re starting out, “you have a lot more to learn from other people than they have to learn from you.”
Greg Tseng and Johann Schleier-Smith
Ages: Both 26
Company: Tagged
Funding: $7 million from investors led by Mayfield Fund

Pals since seventh grade, when they met in a science class, Tseng and Schleier-Smith went to the same high school and both majored in physics and mathematics at Harvard University (Tseng threw in chemistry for good measure). The pair used revenue from a company they founded in college (crushlink, for connecting shy singles) to start an incubator that spawned Tagged. The social networking site limits membership to people between 13 and 19 — an attempt to lock in the teen market while easing parents’ concerns over online safety. Officially launched in 2004, Tagged has a registered user base of 2 million. Still, it’s a long way from nudging aside MySpace and its tens of millions.

Advice: Choose something you love and “be O.K. with uncertainty,” Tseng says. Adds Schleier-Smith: Find good mentors. When you’re starting out, “you have a lot more to learn from other people than they have to learn from you.”
Alexei Erchak
Age: 30
Company: Luminus Devices
Funding: $28 million in three rounds from Draper Fisher Jurvetson, Stata Venture Partners, Battery Ventures, Argonaut Holdings, Eastward Capital

Unlike many of his peers, Erchak entered Massachusetts Institute of Technology’s graduate program knowing he wanted to do something entrepreneurial — not just pure research. He scoured the school for a research project with promising commercial potential and found professor John Joannopoulos’ work on so-called photonic crystal lattices, which could potentially produce very bright, low-energy light sources. Erchak became the youngest member of an MIT research team that developed and patented an extremely bright light-emitting diode based on photonic crystal lattice technology. Erchak and his co-founders used the MIT network to contact MIT alums and Analog Devices Inc. founder Ray Stata, whose venture fund provided seed capital for Luminus Devices.

Advice: “Don’t look at what the industry is doing,” Erchak says. “Look at what they’re not doing and focus on that. That’s where the real disruptive technology comes from.”

Davis was put on suspension at Phillips Academy Andover for hacking into the prep school’s phone system. A decade later he’s still tinkering with phones — but making big bucks at it. After a stint at Netscape, Davis co-founded Tellme, a maker of software that improves the way users get information over the phone. Founded in 1999, Tellme is profitable, generates more than $100 million in annual sales, and could well become one of the year’s hottest initial public offerings.

Advice: “If you are going after a new market, know nothing or everything there is to know about that market,” Davis says. “If you know only something, you might be afraid” to get started, he says.